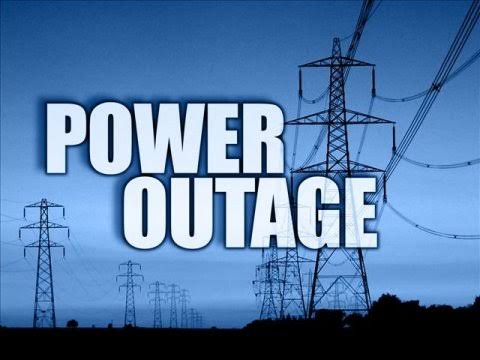 Joining the assortment of African countries in an electricity supply crisis is Zambia. In June 2019, there were discussions around Zambia needing to import electricity from South Africa, which as a country was struggling to provide its citizens with ample power.

South Africa is supplying Zambia with electricity in this time of shortage — 300 megawatts to keep Zambia afloat for roughly six months.

As the largest distributor of solar equipment in South Africa, SegenSolar recognises the benefit of solar power in tackling energy shortages with a clean alternative. SegenSolar offers a range of storage applications from Victron Energy, Solis and a series of KODAK Solar Products.

The domino effect of drought

Zambia has been experiencing daily power cuts since July 2015. The country’s previous reliance on hydropower — similar to its neighbour Zimbabwe — has been thwarted owing to the worst drought the country has seen in nearly four decades. The lack of rainfall has not only caused crop failures but has also drastically curbed output at the Kariba Dam on the Zambezi river. The drought has been detrimental to Zambia’s power supplies as it was relying on hydropower dams for roughly 80% of its electricity.

These catastrophically low water levels at the main reservoirs have triggered a power deficit of 34% of demanded electricity. With the country’s historically plentiful power supply, this emergency has caught households and businesses unprepared and without emergency reserves of energy.

Only 22% of Zambia currently has access to electricity, and many households have resorted to charcoal for cooking and heating. In turn, this demand has caused a spike in electricity prices. There is little gas available, and generators are incredibly expensive. The whole country has been affected either directly or indirectly by the disruptions to the municipal water supply.

Things took a turn for the worse towards the end of October 2019 when power utility Zesco announced it would be implementing increased scheduled load shedding.

Load shedding is the action of restricting power supplies to the general population during peak times of the day (i.e. early morning and evening) to control electricity consumption. The scheduled blackouts leave both homeowners and business owners without energy at critical points of the day when it is needed most. Zesco’s most recent announcement stated it would limit the availability of electricity for 12 hours each day in an attempt to control the inadequate power supplies.

With the Kariba Dam the driest it has ever been, it is clear Zambia desperately needs to turn to other forms of power generation to keep the country’s economy and citizens from suffering irreversible consequences. With copious days of abundant African sunshine, there is no doubt Zambia will benefit from solar power for its future energy needs.

At present, government and donor-funded projects dominate Zambia’s solar power market. Fortunately, in December 2017, the World Bank approved a USD 2.7 million loan for the development of a 34-megawatt solar power plant in Lusaka. The Ngonye Solar Project was unveiled and came online in May 2019. Once fully up and running, the facility is expected to produce around 70GWh per year, while avoiding the annual emission of over 25,600 tonnes of CO2. Installation of this solar plant is an enormous step forward for the country. It will, in time, translate into a nationwide initiative to choose power from cleaner and more prolific sources.

The PV project in Lusaka demonstrates the country’s keenness to diversify its primary sources of electricity generation, and the Zambian government has stated it aims to provide universal electricity access to all by 2030. The plan includes doubling the country’s use of renewable energy. However, the figure for clean power use in the nation currently sits at below one per cent. It is, therefore, evident change needs to happen with immediate effect to combat the current crisis.